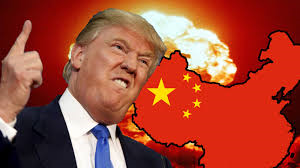 China and U.S. litigation in the WTO will almost immediately be ground zero for the new Trump administration’s aggressive global trade policy. This is clearly evidenced by the appointment of his new trade team. These appointments include a harsh China trade critic and a leading protectionist trade lawyer.

Trade has clearly been elevated by Trump to a top issue in the new White House, reflecting the critical role of trade in the presidential election in which millions of those who felt marginalized by globalization and resented it, particularly in the Rust Belt, supported him. This resentment is a central aspect of a wave of populist nationalism sweeping a number of countries.

What’s the future of trade relations with China under the new Trump administration? It is difficult to say precisely, but we have a good idea. It is not good. Just get ready for some rocky times.

The president has broad delegated authority from the Congress to take a range of actions. He will most certainly attempt to enforce some of his views through the WTO. Whether he will be successful is another story. Whether he will accept adverse decisions is also another matter. The trade battle within the administration will not be a simple one. It will undoubtedly be messy. There are many players involved.

On top of all this, we have a changing global environment in terms of declining support for global engagement and the rise of new trading powers. Whether Trump decides to terminate agreements unilaterally will depend on whether he transcends his narrow view of trade and grows in office.

(From a forthcoming article of mine in China and WTO Review).