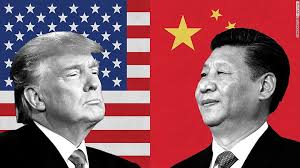 On President Trump’s first full workday at the White House he signed an executive memorandum requesting the United States Trade Representative to formally withdraw the United States from the Trans-Pacific Partnership and its negotiations. This was primarily a symbolic move, since the TPP had no chance of Congressional approval.

Trump’s actions and pronouncements raise the question what is the future of U.S. trade relations? It is difficult to say precisely, but we have a good idea: It is not good! Just get ready for some rocky times.

The president has broad delegated authority from Congress to take a range of actions. He will most certainly attempt to enforce some of his views through the WTO especially concerning China.

The former WTO Appellate Body member from the US declared: “The real battle would come in Geneva, in international lawsuits before the judges of the World Trade Organization.”

Whether he will be successful is another story, and whether he will accept adverse decisions is also another matter. Failure to do so would certainly upend the global trading order.

The trade battle within the administration will not be a simple one; it will undoubtedly be messy.