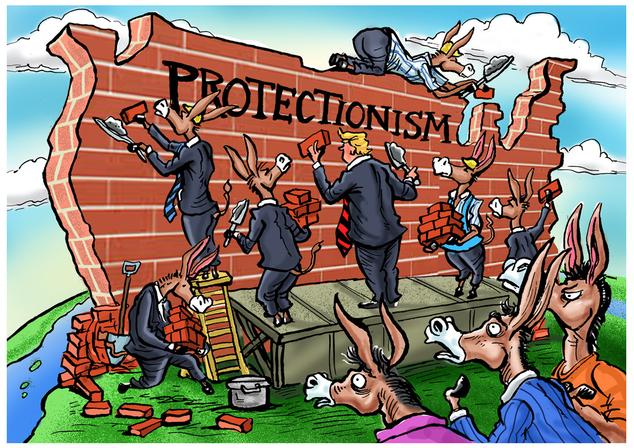 President Biden’s recent trade actions amount to more than a mere recalibration of Trump’s trade and tariff policies, though they certainly are not a grand reversal of them. Biden needs to more fully address trade policy now. Engaging the global economy is critical to promoting economic development in the United States. Furthermore, trade policy is more than just trade. It involves foreign policy, national security, human rights and more.

However, President Biden’s actions so far indicate starting a somewhat newer path in addressing systemic issues in the global system and the United States’ interface with that system.

Biden’s policies are a bit tougher on China than I thought they would be. In particular, he has not removed Trump’s Section 232 and Section 301 tariffs. However, he has made thoughtful international tax proposals and has discussed more multilateral engagement and has promised more bilateral and multilateral diplomatic consultations. That said, he has not done much yet concerning the WTO and its dispute resolution system.

We have not had much movement in joining newer regional arrangements (such as the revised TPP), but there has been more emphasis on human rights (and use of trade sanctions to promote them). That’s good. Biden has a major focus on increasing the United States’ competition (not confrontation) with China and has suggested domestic policies to better engage in the global economy. However, elements of his own party have hampered him in taking bolder trade actions. This needs to be addressed. There has even been a hint of protectionism in Biden’s Buy American proposals and there is a serious question of their legality under WTO and international trade law.

Here are some of the most recent U.S. trade developments:

It’s clear that Trump’s trade and tariff policies have been a huge failure. His signature effort, his Section 232 steel tariffs, were a debacle. He claimed that steel imports from the EU and Canada were a national security risk. Really? These tariffs have been estimated in costing U.S. consumers $900,000 for each job saved.

My conclusion is that President Biden has moved too slowly and this is somewhat surprising, although not completely. President Biden needs to come to grips with a broad range of trade and its related issues such as the protection of intellectual property rights, foreign investment and extraterritoriality of U.S. economic sanctions. The international system won’t reward past protectionism and unilateralism. While there are many other issues confronting the Biden administration, domestic and international, attention to trade and its related issues is also crucial.