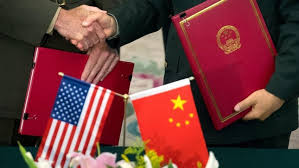 After two months, what can be said concerning President Biden’s trade policies?

First, let’s reflect on President Trump’s trade policies, which were confrontational and unilateral. He turbo-charged reliance on a national security rationale in imposing trade restrictions and tariffs on China and our allies.

At the very outset of President Biden’s term, I thought he would turn away from the tariff drama of the last four years, but there would be no wholesale change in trade or tariff policies. That meant various tariffs would be kept in place, and the use of trade sanctions would continue not out of any sense of grievance, but out of realistic reliance on the United States’ real national interests. In other words, we would have a significant recalibration of trade policy.

It also seemed to me that President Biden would focus on workers’ rights and human rights, both of which were causes adopted by prior democratic presidents. I also believed he would use the national security rationale much less as a phony rationale for Section 232 tariffs and that he would support a rebalancing of congressional authority concerning trade. (Congress, of course, has the exclusive authority to regulate trade and to delegate that authority.) This has already been supported by Virginia Senator Tim Kaine.

So far, President Biden has imposed sanctions on Saudi officials because of the Khashoggi episode, on Russian officials due to the Navalny saga, and on Chinese officials for the Uyghur abuses. He has retained restrictions on Hong Kong by not reinstating its special status. He has also retained national security tariffs on steel and Section 301 tariffs on Chinese imports to counter restrictive Chinese intellectual property policies. He recently imposed new export controls on Chinese technology firms for national security and foreign policy reasons. He has continued an investigation of European digital taxation under Section 301. But he has stayed sanctions on the EU over Airbus. Thus, President Biden is continuing some of Trump’s trade measures. However, he is using trade measures to put a welcome and renewed emphasis on human rights.  Under President Biden the United States has rejoined the UN Human Rights Council.

President Biden’s policy  supports a rules-based global system. He obviously intends to ensure that China conforms to those rules, regarding both trade and human rights. His lifting of sanctions on officials of the International Criminal Court, rejoining the World Health Organization (WHO), supporting the selection of a new Director-General of the World Trade Organization (WTO), and rejoining the Paris Climate Agreement and the Nuclear talks with Iran are already clear indications of a foreign policy focused on participating in multilateral institutions. They are not viewed as violating U.S. sovereignty.

It remains to be seen if President Biden will have the United States join the revised Trans-Pacific Partnership (TPP) now reconstituted as the Comprehensive and Progressive Agreement for Trans-Pacific Partnership (CPTPP). A new member of the WTO Appellate Body still needs to be appointed. Further actions are being considered concerning global supply chains (semiconductor chips), foreign investment controls, and ‘Buy American’ legislation. Most importantly, President Biden needs to determine how to transition from Trump’s disastrous trade and tariff wars and specifically move from confrontation to better economic competition with China.

In the future, I believe President Biden will use Section 301 retaliatory measures much less. Instead, he will favor filing more cases with the WTO, particularly those concerning China and its IPR laws and practices. (The new USTR representative was previously a WTO litigator in the USTR office.) President Biden will also attempt to use diplomacy and multilateral efforts more often with a range of countries confronting the newest issues of global commerce. For example, there is already an indication that he will work with the OECD to address  digital taxation and taxation of multinationals’ export and foreign income. Tax avoidance and tax shelters are now at the heart of Biden’s economic agenda.

Some of my more generalized conclusions are as follows:  Trade and tariffs will not be in the headlines on a daily basis. The complex inter-connectiveness of the global economy has been once again highlighted by the recent Suez Canal fiasco. President Biden will engage in the global economy and strengthen the United States’ position in it by recalibrating the nation’s policies. He believes in a rules-based global trading system where rules are negotiated and adjudicated. Most importantly, he knows his roots and believes in American greatness. The Biden administration’s focus will be domestic and threefold: rebuilding the U.S. economy, eradicating COVID-19, and strengthening democracy at home.