President Biden and a New Era for National Security and Trade. 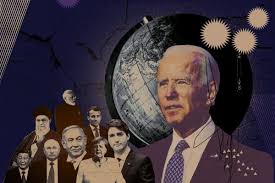 These dual-track cases seem to have been overshadowed by President Trump’s constant and broad claims of grievances, his bullying, and his protectionist policies from the very outset to the desperate, dying days of his administration.

For example, his trade actions  over the last days of his administration include a §301 action on Vietnam for alleged currency manipulation, which of course is not proscribed by GATT rules; duties and retaliatory duties on French wine included as part of the continuing Boeing-Airbus dispute over sanctions; extension of §201 safeguard tariffs on washer imports from China and efforts to delist Chinese telecom firms from US public markets, prohibiting U.S. private and state investment in Chinese companies, expanding the number of Chinese companies on the export blacklist—also known as the Entity List—and banning U.S. transactions with eight Chinese software apps. In a further flurry of last-minute restrictions, the Trump administration has issued new rules restricting import of Chinese technology. These actions have already resulted in a new Chinese blocking statute aimed at U.S. sanctions. The Trump administration initiated a total of 306 antidumping and countervailing duty investigations, 283% more than the Obama administration initiated.

It is now up to President Biden to recalibrate the American approach to trade relations, particularly with China, and the relation between trade and national security—at least in the context of applying unilateral trade measures including tariffs and trade sanctions. The widening use of tariff exclusions over the last few years and the minimal impact of Trump’s trade war on U.S. manufacturing growth only served to increase the dysfunction of his protectionist trade measures. Those seemingly only led to managed trade, which led to domestic cronyism.

My general prediction is that the Biden administration will most likely draw more heavily on national security to guide U.S. trade and tariff policies than did administrations prior to the Trump administration, but using a much more restricted and circumspect approach than that of the Trump administration. Biden will do so in a broader and more rationally realistic way than has been seen in the last four years, and the process will observe domestic and international law more rigorously. Trade policies will be neither erratic nor punitive.

However, the Biden administration will not implement trade actions immediately. It will review §232 and §301 tariffs methodically. The same can be said concerning US-China trade relations and longstanding US-EU trade relations. This  review will now include the recently concluded EU-China investment treaty as well as bilateral trade relations with the UK as a result of Brexit.

Given the much more pressing domestic, legal and policy issues currently confronting the United States (COVID-19, alliance relations, the global climate and Iran, among others), the Biden administration will need to address those issues first. In addition, the traditional lack of consensus and conflict over trade issues within the Democratic Party will hamper a broader trade review as well as a more specific review of trade-based national security actions.