The International Criminal Court & the U.S. — Time for a Reassessment? 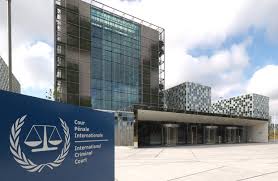 What’s the deal with John Bolton blasting the International Criminal Court on the eve of 9/11 celebrations this week?

He needs to get over his paranoia of international courts, international rules and multilateral institutions. These have developed over the past 120 years and are in the national interests of the United States. It’s part of “American Exceptionalism” and has been a cornerstone of American foreign policy for years.

In fact, the United States might want to reconsider cooperating with the court as it did during the Obama administration, and even joining it. Perhaps it could do this with formal Senate treaty reservations as we go forth in this century.

Russia and China are not members of the International Criminal Court. Do we really want to be the other major country not a member of this court? I understand the concerns of the U.S. military and intelligence communities at the time that the treaty came into force at the beginning of the U.S. military actions in Iraq and Afghanistan. We have already investigated this, and our conclusions are clear. It’s been almost 20 years and time for a realistic reassessment.

To answer the above question, Bolton’s diatribe fits perfectly within President Trump’s and his administration’s myopic view of laws, judges, courts and prosecutors — at all levels — state, federal and international. It’s only getting worse. Just read President Trump’s disparagement of the International Criminal Court in his recent speech to the General Assembly.

It was strange the way that Bolton gave his speech at the Federalist Society. This is a conservative legal group that has espoused from its founding respect for rules and courts. It is also strange that he gave his talk when nothing much has happened. A lot has changed in the Middle East since 2002. This is when the Bush administration launched military operations in Iraq and Afghanistan.  It’s when the Bush administration along with the neocons decided to “unsign” the Treaty of Rome and not to present it to the U.S. Senate for ratification.

There is a whole range of particular treaty provisions concerning preliminary determinations by the court over admissibility and jurisdiction.  They provide for a broad range of state challenges. There is no reason that the United States could not challenge and successfully any issue concerning our use of force in Afghanistan. (Iraq is not a member of the court so no actions would lie in U.S. actions taken in Iraq.)

Limited court appearances for the purpose of challenging jurisdiction is well known and accepted. The jurisdiction decisions in international tribunals are always treated as preliminary matters before addressing merits of the dispute.

We have a lot of lawyers in the Dept. of State and Justice Dept. that can make these arguments and prevail. We also have lawyers serving in U.S. embassies throughout the world who can be of assistance.

The U.S. should not be afraid of legal challenges. In the long run, they make for a better system.  For the first time various member states of the ICC have recently requested consideration of a prosecution. Specifically, five Latin American countries and Canada have requested the court to consider prosecuting Venezuelan officials for human rights abuses. Wesley Clark, former NATO Supreme Allied Commander,  declared that John Bolton was dead wrong. In fact, we have previously cooperated with the International Criminal Court in its investigations. The International Criminal Court is a historical development starting with war crimes trials by victorious countries after World War Two and prosecutions by ad hoc tribunals after the Yugoslav wars of the 1990s.

It is in the national interest of the United States to stand up for our exceptionalism and the international rules-based system that it has championed.

1 Response to The International Criminal Court & the U.S. — Time for a Reassessment?