Is the Iranian hostage agreement good diplomacy and law?

Posted on February 2, 2016 by Stuart Malawer 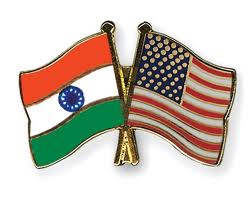 On Jan. 21, 1981, freed hostage David Roeder arrived at Rhein-Main U.S. Air Force base in Frankfurt, Germany. Roeder was one of the 52 Americans held hostage in Iran for 444 days. The consequences of their captivity and release are still relevant today.

The transfer of $1.7 billion to Iran to secure the release of the hostages this month coincided with the implementation day of the Iranian nuclear agreement and the lifting of economic sanctions.

This raises unfortunate and lingering memories of the way President Jimmy Carter negotiated the first Iranian hostage agreement of the early 1980s. The result was the release of 52 American hostages 444 days after their capture in the American Embassy in Teheran in 1979.

This hostage situation was one of the earliest forms of state-supported terrorism in which the United States negotiated to get the hostages back. This terrorism was in clear violation of public international law and international diplomatic agreements.

In particular, the first hostage-release raised the dual questions of whether the payment for the release made diplomatic sense and whether it was lawful under U.S. and international law. These same two questions can be asked about the 2016 payment.

In both cases, payments by the United States in the 1980s and in 2016, were made to secure the release of hostages.

In 1979, international executive agreements were used that established arbitral proceedings in The Hague. These agreements were concluded under the president’s authority to conduct foreign affairs and to settle diplomatic claims. Such authority was upheld by the U.S. Supreme Court in Dames & Moore v. Regan in 1981.

Thus, in the early historical evolution of international terrorism, both Presidents Carter and Ronald Reagan, as well as the Supreme Court, upheld constitutional and international legal constructs that allowed this diplomatic arrangement to end the hostage crisis, but with uncertain implications for encouraging future episodes.

This was despite the fact that Article 52 of the Vienna Convention on the Law of Treaties, governing coercion and duress on a state during the treaty-making process, requires uncoerced state consent. It declares that a “treaty is void if its conclusion has been procured by the threat or use of force in violation of the principles of international law embodied in the Charter of the United Nations.”

Needless to say, attacking a U.S. embassy and holding diplomatic hostages is a grievous use of armed force against the diplomatic premises and personnel of the United States in violation of long-standing customary international law and the Vienna Convention on Diplomatic Relations.

In 2016, President Obama has used similar executive agreements to free the latest hostages, but no new arbitral proceedings have been authorized. In fact, the recent payment was made for the purpose of settling earlier arbitral proceedings in connection with the initial hostage release.

In 1982, I wrote in the MIT-published International Security Review:

Are we now paying the price of this Carter-Reagan model in a newer era of global relations and law in which weaker nations and ever-expanding and changing terrorist groups exercise asymmetrical power, where less powerful states and non-state actors can significantly impact more powerful states such as the United States?

Does this traditional approach to law and diplomacy, adopted again by President Obama in January of this year, now act as a form of moral hazard that further encourages even more destructive actions by state-sponsored terrorists and non-state actors?

Does this legal and diplomatic approach make for good domestic or global public policy in the 21st century? For the United States and other democratic nations?

Needless to say, the above questions, as well as more specific legal and diplomatic questions, require much further, detailed exploration.

But, at this point, my quick conclusion is the following: On balance, especially given some hindsight since the early 1980s, both hostage deals made sense in their immediate diplomatic contexts and both were lawful (under both constitutional and international law).

But both deals raise disturbing questions concerning their impact on international law and global diplomacy as we go forward in this newer era in which state-sponsored terrorism is more full-blown and in which non-state-supported terrorism is accelerating, as demonstrated by ISIS and company.

Stuart S. Malawer, J.D., Ph.D., is Distinguished Service Professor of Law and International Trade at George Mason University in Fairfax. Contact him at StuartMalawer@msn.com. His website is GlobalTradeRelations.net.